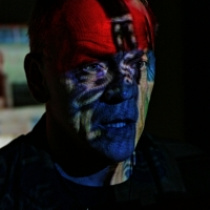 With Milton Glaser, Mirko has taught advanced design classes at the Cooper Union and currently teaches master degree classes in illustration at the School of Visual Arts.

Mirko has written several books with Steve Heller, including Genius Moves: 100 Icons of Graphic Design, Handwritten, and The Anatomy of Design. He has also written The Design of Dissent with Milton Glaser.

Mirko hasn't favourited any poster yet.