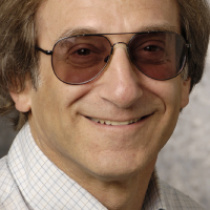 ï¿½There is no such thing as a lesser person.ï¿½

Rick Halperin is Director of the Embrey Human Rights Program at Southern Methodist University, and teaches courses in the History Department at SMU.
Halperin has served on the Board of Directors of Amnesty International USA from 1989-1995, and again from 2004-2010, he served as Chair of the Board from 1992-1993 and again from 2005-2007. He is also a member of the National Death Penalty Advisory Committee, the National Coalition to Abolish the Death Penalty and the Texas Coalition to Abolish the Death Penalty (serving as President from 2000-2006 and from 2007 to 2009).

Halperin has been involved in many human rights monitoring projects, including an Amnesty International delegation which investigated the conditions of the Terrell Unit (Texas death row facility) in Livingston, Texas. In 1998, he was eyewitness to a lethal injection execution in the death chamber in Huntsville, Texas.

In addition to his work against the death penalty, Halperin is also active in other areas of human rights. He works with a variety of organizations which seek improvements in human rights on behalf of women, children, gays and lesbians, indigenous persons, survivors of torture, imprisoned political prisoners of conscience and human rights defenders, journalists, and healthcare professionals who are under non-stop assault by governments around the world.
Halperin received his Ph.D. from Auburn University, his M.A. from Southern Methodist University and his B.A. from George Washington University. He is frequently interviewed on television and radio as well as by print media, and he speaks nationally and internationally on a wide range of human rights issues including genocide and the death penalty

Rick hasn't favourited any poster yet.