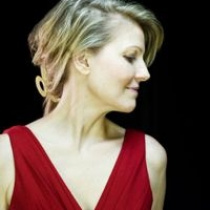 Genevieve has been a creative director, art director, and designer in editorial design since the late 1970ï¿½s. Her career took her from the Boston Globe to Walter Bernard Consultancy, to Rolling Stone magazine, Time magazine, and to The New York Times for thirteen years, where she happily created layout after layout, met deadline after deadline, and learned a lot about newspaper design, editing, and journalism.

She "retired" from the Times in 1994 to pursue an MFA at the School of Visual Arts in sculpture and painting. In 1998 she went back to grad school to study religion, obtaining an MA in 2001. Still enamored with the subject matter and wishing to know more, sheï¿½s currently engaged in PhD studies in religion at Columbia University.

Genevieve began teaching at the School of Visual Arts in New York City in 1988. As a member of the faculty in the graphic design department she feels passionately about her students and their terrific work, which has kept her fascinated for over two decades.