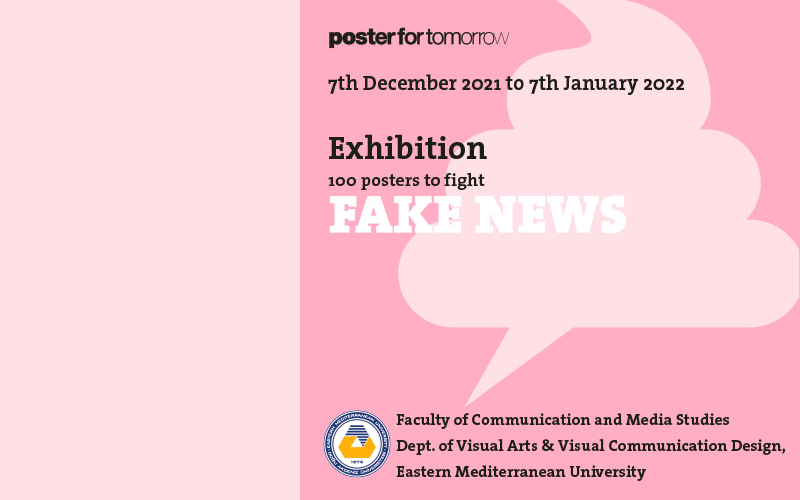 100 posters fighting Fake News - Cyprus
Leonardo da Vinci St., Famagusta, North Cyprus
Famagusta, Cyrprus
From Monday 6th of December 2021
to Thursday 6th of January 2022
Open from 10:00:00 to 20:00:08
We are very pleased to present our 100 best posters received during our Fake News competition. 6078 posters representing 112 countries have received. 300 of them have been shortlisted by our online jury team, composted of 50 women and 50 men! A big thank to all of them. Thanks also to our Live jury, whom have made this amazing selection. We hope you enjoy the exhibition.