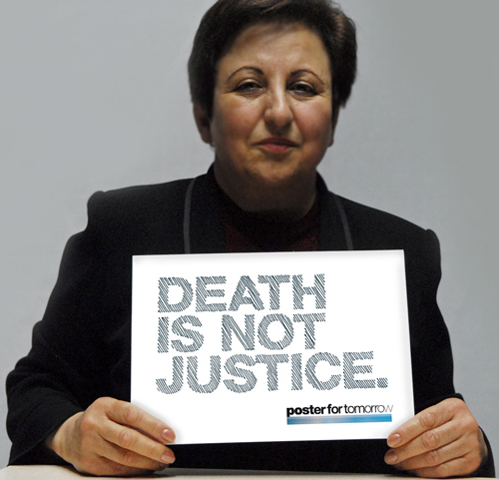 We recently sat down with Shirin Ebadi, the Nobel peace prize laureate, to ask for her opinion on the death penalty and activism. You can read her answers below.

She also agreed to launch our new initiative to change your Facebook or Twitter avatar to a picture of yourself holding the “Death is Not Justice” logo.

It’s really easy to do, just download the logo here, print it and take a picture of you (or anyone else you want) holding it. See you on Facebook!

PFT: Why is it particularly important that people in "democratic countries" (like USA and Japan) that practice the death penalty campaign for universal abolition?
SE: Because in these countries it is possible for public opinion to pressure the government to demand abolition. This is why it's important for the creative and cultural sectors of society to make the general public aware of the issue.

PFT: What can I do as an artist do to raise public awareness of this issue?
SE: There are many books written about the death penalty and abolition but sometimes a picture or a cartoon or a painting can be much more effective than a book. People might not have the time or the opportunity to read books on the subject but a quick glance at a poster could have the same result. 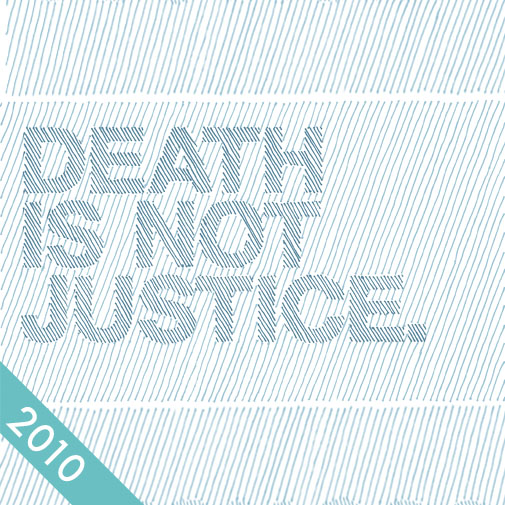