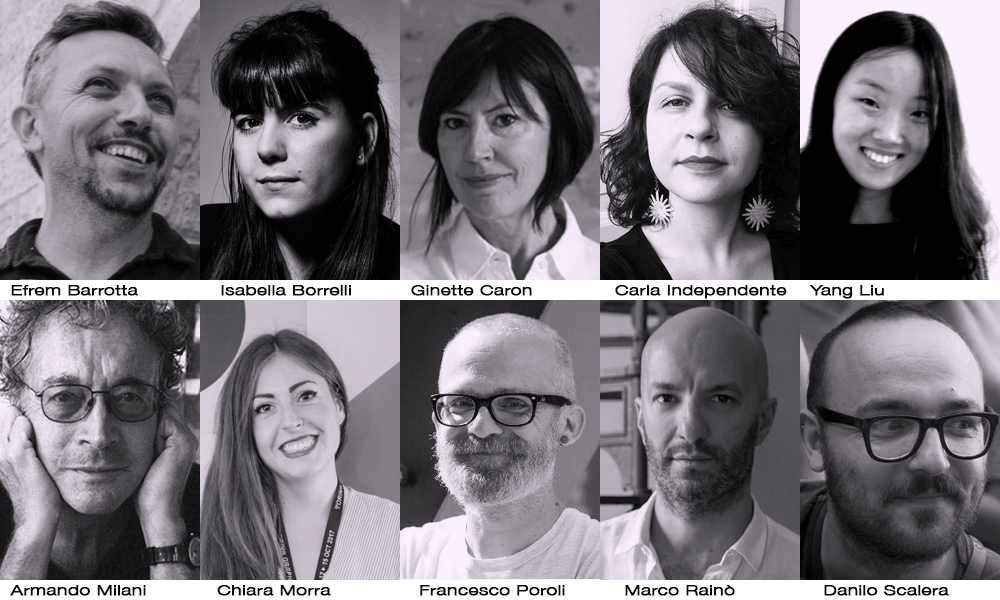 Poster for tomorrow goes to Lecce!

Fake News Live Jury
Poster for tomorrow goes to Lecce!
The Chinese native artist Yang Liu, the designer Armando Milani, one of the most important international figures in Italian graphics, Chiara Morra the illustrator, Francesco Poroli the illustrator, art director and graphic designer , the expert in communication, digital strategist and activist for gender equality and LGBT + Isabella Borrelli, Ginette Caron the Canadian-Italian designer and poster for tomorrow adviser , the illustrator Carla Indipendente, the architect, designer and independent curator Marco Rainò, the communication designer Danilo Scalera and the art director and illustrator Efrem Barrotta: this is the live jury of the 11th edition of "Poster For Tomorrow" dedicated to "Fake News ». They will meet on Thursday 22 and Friday 23 October in Lecce on the occasion of the Conversazioni sul Futuro festival.

Online Jury mission accomplished!
Over 6,000 posters were sent from all over the world in response to the international call launched last February on a topic that has become increasingly relevant in recent years. These posters were evaluated by the online jury composed 50-50 regarding genders - including illustrators, teachers, journalists, linguists and fake news experts, activists, NGO representatives and people working in the media from all over the world. They have shortlisted 300 posters. One more we would like to thank the whole team for their work.

Thursday 22 October on the opening day of the Conversazioni sul Futuro festival, the live jury team will meet in Lecce to select Top 100 posters of this edition and also select 10 most representative posters. These Top 10 will be presented on Friday 23 October at 5.30 pm in the Cloister of the Convitto Palmieri in Lecce.

To reduce our carbon footprint we will organise our live judging sessions to coincide with a international design event. In this way we can assemble the jurors without asking them to make another significant  journey. This year the judging will take place in Lecce, Italy in partnership with "Conversazioni sul futuro",  We are very grateful for the festival's support.

Supported by the French Ministry of Culture, the visual campaign of this edition was created by the Chinese artist Yang Liu, born in Beijing in 1976 who has lived in Germany since 1990, author of East meets West - Taschen and who will be in Lecce for the jury meeting.